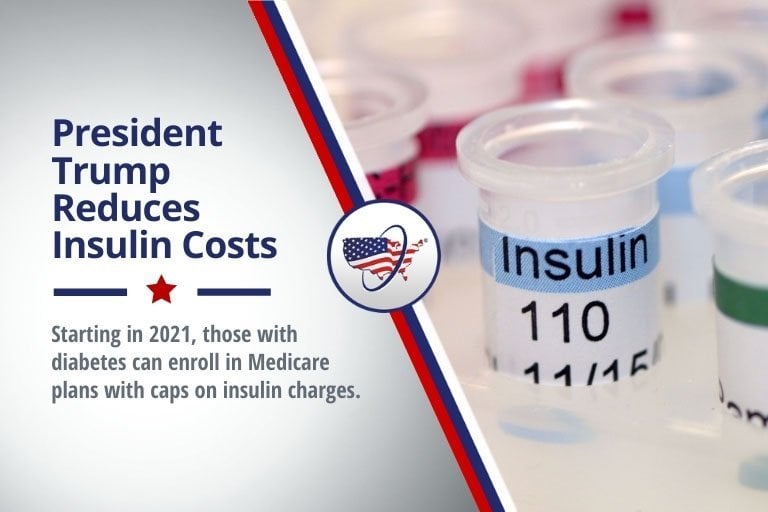 Recently, the President announced a new trade deal to reduce insulin costs. The agreement is between health care plans and insulin manufacturers. And the result? Starting next year, those with Diabetes can enroll in Medicare plans with caps on insulin charges. Copays won’t be more than $35 each month. According to the White House, more than 3 million Americans on Medicare need to use insulin. For beneficiaries in need of insulin, uninterrupted access to the drug is crucial. Without regular use of insulin, more severe health issues can arise.

Currently, those on Medicare with diabetes may struggle with affording the price of insulin. While Part B covers a majority of health care supplies, there are many it won’t cover.

Supplies Part B Won’t Cover Include:

Since Medicare won’t cover the items above, you’ll pay 100% of the costs. Of course, if you have a prescription drug plan, it may cover some of these supplies. The average monthly cost of insulin can ring in at hundreds of dollars each month.

Seema Verma of CMS says that the insulin pricing cap may increase monthly premiums. The premium increases will be about $17 more a month. These plans will begin starting in January 2021 in all 50 states, D.C. and Puerto Rico. Beneficiaries will ultimately save about 66% of the cost of their insulin. Verma indicates that if the price capping on insulin works well, other things may be next. Meaning, the administration may move forward similarly to other medications.

What do these Changes Mean for 2021

So many beneficiaries may be able to take a breath of relief come 2021. The complications that can go with patients who don’t take their insulin can be severe. The fact is many Medicare beneficiaries live on fixed incomes. So many can’t afford hundreds of dollars a month on a life-changing medication. The announcement of slashing costs for patients can change lives for the better.

Four Executive Orders That Lower the Cost of Drugs

Our president has signed four executive orders that will help lower the cost of prescriptions and increase access to life-saving medications. The first order directs federal health centers to provide massive discounts to low-income Americans in need of insulin or epinephrine.

Next, the second-order allow the safe importation of medications from Canada and other foreign countries where the price for drugs is lower.

The third order prohibits manufacturers and Pharmacy Benefit Managers (PBM’s) from making discrete deals, ensuring patients get the best discounts at the pharmacy.

Finally, the fourth executive order states that America will pay the lowest price among advanced countries for Part B drugs, instead of the usual 80% more for the same drugs in other developed countries. These changes will restructure the way the market provides prescriptions, making them affordable and accessible for all Americans.

Potential Issues of the Executive Orders

First, federal health centers, found mostly in rural areas, already make insulin and epinephrine available to low-income beneficiaries or those with high copays or no health insurance. So, the impact of this order is minimal.

Third, by passing rebates to enrollees instead of PBM’s or health plans, it’s likely that Medicare premiums will grow higher, at least this is what the Congressional Budget Office suggests. While the rule mandates no increases in medicare premiums or total costs, that just means it’ll be more difficult to implement.

It’s hard to say that American buyers can access lower prices especially since Canada and the drug companies are eager to protect their market.

Finally, the full text of the “lowest price among advanced countries for Part B drugs” isn’t available yet. Further, Part B drugs only include cancer drugs and intravenous drugs administered by a doctor.

So, who is to say the impact these orders will have, perhaps our president can come up with something that will have a greater impact on the costs of health care and medications in the United States.

There will be some that benefit more than others, but that is the same with most things. Affordable Care Act wasn’t a great solution for everyone, but some people were able to gain insurance. These orders won’t benefit everyone, but they will help some. Hopefully, sometime soon, we can find a solution for everyone to have truly affordable healthcare.