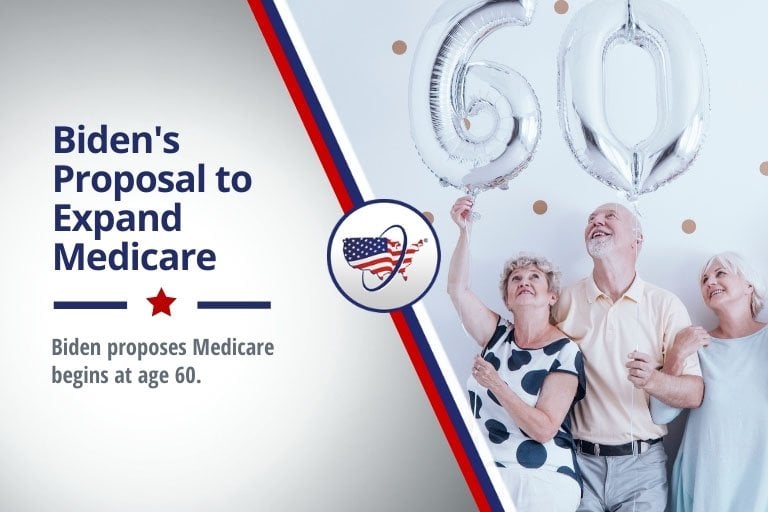 Many Democratic candidates have had ideas to expand Medicare or health care. So, of course, Biden has a plan to make changes to the health care system. If victorious, Democratic Presidential Candidate Joe Biden and his running mate Kamala Harris plan to expand the United States’ Medicare program. With this proposed expansion come questions about the future of health care.

Does Joe Biden Support Medicare for All

Earlier in the 2020 Presidential race, “Medicare for All” was talked about often. The proposal by former candidate Bernie Sanders attracted both support and skepticism.

Now that Biden is the official Democratic Presidential nominee, many people wonder if a Biden/Harris White House would implement Medicare for All. Biden doesn’t mention the proposal in his plans. However, he says he intends to provide Americans with a choice for public health insurance similar to Medicare.

The goal of the “Biden Plan” is to protect and expand the Affordable Care Act. Biden helped sign this Act, commonly known as Obamacare, into law as Vice President under the Obama administration in 2010.

For the Medicare program itself, Biden has proposed lowering the eligibility age from 65 to 60. Enrollment would be optional for the first five years. This would give people between the ages of 60 and 64 a new option to buy insurance through Medicare or keep group coverage from their employer. The pandemic has left many people in this age range unemployed and uninsured, and the job market is more difficult for them.

Medicare at 60 is less costly than previous proposals to expand it to people ages 50 and over, or to all Americans. Still, some questions arise with this proposed reduction in the eligibility age.

Lowering the age to 60 would provide the health care option to more people. It’s not yet clear, though, how enrollment would look. It also hasn’t been stated whether any penalties would be associated with enrolling after age 60. Presently, those without creditable coverage who don’t enroll when they’re first eligible need to pay late penalties through increased premiums.

Would Medigap at 60 Be Available?

Medigap plans provide coverage for the 20% of costs that Original Medicare doesn’t cover. At present, beneficiaries can use the Open Enrollment Period to choose a Medigap plan to begin simultaneously with their Part B. During this time; their health doesn’t impact their acceptance into a Medigap plan.

Biden hasn’t yet stated how Medigap plans would work under his revisions. It’s not clear how the Medigap premiums of people aged 60 through 64 would be affected. It’s also unknown whether they’ll still not have access to a Medigap plan before they turn 65. If the latter is the case, a large percentage of people wouldn’t have access to extra coverage for five years.

The Hospital Insurance Trust Fund Needs to Be Addressed

A looming issue that comes with the suggestion to reduce the eligibility age is that the Hospital Indemnity Trust Fund is at risk of becoming insolvent. This means it might not have enough revenue to cover its expenses (meaning Part A premiums) in just a few years. Experts originally predicted this would happen in 2026, but the pandemic has acted as an additional strain on the trust fund.

If the eligibility age lowers, there would be a greater need for the Hospital Indemnity trust fund to be well-funded. More people would need Part A coverage.

Besides the changes listed above, Biden proposes increases in long-term care and mental health care, as well as funding for rural areas. He plans to establish a $5,000 tax credit for caregivers to cover the out-of-pocket expenses for long-term care. Additionally, he plans to expand the tax benefits for those who purchase long-term care insurance.

Biden plans for better enforcement of mental health parity laws. He also intends to focus on adopting several provisions listed in the Save Rural Hospitals Act.

Biden has also discussed plans to reduce the costs of prescription drugs for those on Medicare. Negotiation of drug prices by the government is currently prohibited by law, but Biden wishes to allow it if he is elected. Doing so is estimated to save hundreds of billions of dollars in the current decade. However, research and development could suffer from this.

Also in Biden’s plans is to stop drug prices from rising beyond inflation. Like Trump, Biden hopes to cap out-of-pocket costs for prescription drugs under Part D.

Also in Biden’s healthcare plans is a $5,000 tax credit for family caregivers. As older Americans increasingly choose to live at home, family members and loved ones care for them. The home-based care initiative would involve the allocation of $450 billion to help provide choice. The former Vice President believes this will help people live their lives with dignity.

Joe Biden’s healthcare plan would also work to federally enact the Caregiver Advise, Record, Enable (CARE) Act. This Act has already been passed by 39 states and makes sure that hospitals provide caregivers with all necessary knowledge at the time of discharge.

Joe Biden’s Health Care Plan Costs: How to Pay for the Changes

Many voters are asking how Joe Biden would pay for all the changes he hopes to make. As expected, he plans to do so via a tax increase for the wealthy. In particular, high-income individuals and heirs would have to pay more taxes on income and capital gains.

Biden has proposed the top tax rate increase to 39.6%, from the current 35% for individuals and 37% for married couples. Further funds to finance this plan will come from the lower costs for prescription drugs and other health care costs.

What Does Joe Biden’s Healthcare Plan to Expand Medicare Mean for 2021?

If the Biden/Harris ticket wins the Election in November, an eventual reduction in age for Medicare eligibility would be on the horizon. This would mean more health coverage for many Americans. But, the current system would need to adjust to accommodate these changes.

The rules and details would need to accommodate those aging in at 60. There would also need to be a clear understanding of how Medigap would work in this scenario. The premiums for the public option for dental, vision, and hearing would need to be able to compete with existing ancillary plans. Lastly, whether Biden or Trump is inaugurated in 2021, the Hospital Indemnity trust fund will need to be addressed.