Student loan debt is at an all-time high, with over 44 million Americans owing an estimated $1.67 trillion back to federal and private lenders. Millennials and Generation Z aren’t the only ones plagued with the stress and financial burden of student loans.

Baby boomers, individuals born between 1946 and 1964, fear student loans will affect their retirement. Researchers say it comes down to seniors borrowing loans for their children/grandchildren and continuing their education.

The Impact of Student Loans on Baby Boomers’ Retirement

For some seniors, student loans will be a lifelong burden. To pay off student loan debt, some baby boomers are forced to dip into their 401(k) and emergency savings. Yet, others plan to delay their retirement to pay off debts and support their children post-graduation, according to a 2015 survey from IonTution. Financial experts urge older borrowers to stay on top of their student loans. If not, they risk losing their Social Security benefits if they default on them.

The Consumer Financial Protection Bureau (CFPB) reported that in 2015, older federal student loan borrowers are more likely to default on their loans, as 37% of borrowers 65 and older defaulted compared to only 17% percent 49 and under. Some economists fear boomers’ debt is hurting the U.S. economy. For instance, CEO of Credit Summit Carter Seuthe said that student loan debt isn’t pouring back into the economy.

“The massive debt carried by baby boomers will have a huge impact on the economy,” says Seuthe. “When people are paying down debt, they aren’t putting money back into the economy. They aren’t stimulating the growth of the industry. They aren’t investing in real estate or the stock market. They’re effectively tossing that money into a black hole as far as the economy is concerned.”

How Much Student Loan Debt Do Baby Boomers Have?

Individuals 50 and up, carry over 20% of student loan debt, with a combined $336.1 billion dollars. Sadly, it doesn’t show any signs of slowing down.

In 2020, Fidelity reported that boomers’ debt climbed 33% in the previous year, partially due to taking out Parent Plus Loans. Out of all U.S. borrowers, employees in the health care and social assistance industry pay the most in student loans, with an average of $801 a month.

Seuthe worries with more seniors retiring late, fewer jobs will be available for younger people entering the workforce. “When a whole generation is doing that at retirement age, we have a problem. Boomers will retire late if at all,” Seuthe said. “They will continue to fill jobs younger people need to get a foothold because they have no choice. They won’t be spending in their twilight years when the economy relies on older generations to prop it up.”

What is the Average Retirement Savings for Baby Boomers? 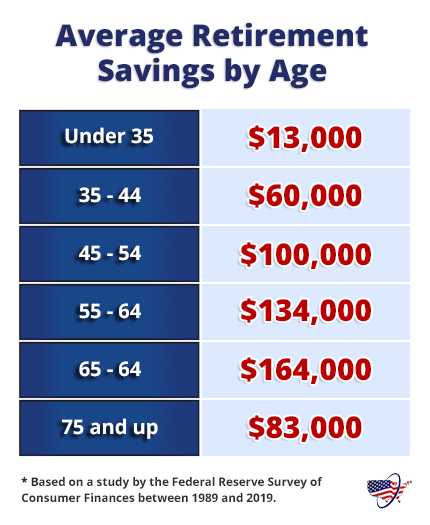 For seniors struggling with student loans, saving money may seem impossible. The Federal Reserve Survey of Consumer Finances studied retirement savings by age between 1989 and 2019.

In 2016, Americans paid an overall average of $393 a month for student loans, according to a report from the Federal Reserve. Indeed, this amount is steep for many boomers. Finance writer and Certified Student Loan Counselor Kat Tretina says she’s concerned seniors won’t have enough money to retire. “Most experts believe that people need over $1 million to retire comfortably – those numbers are alarming,” Tretina says.

Of the participants in a Transamerica Center for Retirement survey who say they expect to work past 65, 35% can’t afford to retire because they haven’t saved enough. Still, others report they don’t plan to retire at all. According to the Pew Research Center, more baby boomers are working past retirement compared to previous generations at the same age.

Right now, there’s no clear indication that baby boomers will catch a break with student loans. Thus, Tretina urges seniors to weigh all their options before borrowing student loans. “If you’re thinking about taking out student loans, either for your child or for you to go back to school, think twice about that decision,” she says. “Unless you have a hefty emergency fund and are on track to meet your retirement savings goals, taking out student loan debt can hurt your financial future.”